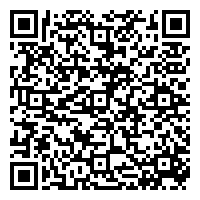 Journal of Apitherapy received 224 citations as per google scholar report

Since ancient times, bee’s honey has been one of the most prized and appreciated natural compounds known to humans. Ayurveda mentions several different forms of bee’s honey. Honey has a wide range of nutritional and therapeutic benefits, but its quality is determined by the nectar’s flower origin. Honeybees are frequently utilised as bioindicators of environmental contamination because of the huge territories they cover.Honey bees, which have evolved for millions of years alongside flowering plants, play an important function as pollinators. The tropical environment and quantity of flowering plants in Southeast Asia encourage the fitness and survival of at least nine honeybee species, including one introduced species. Honeybees are not only ecologically beneficial, but also economically beneficial insects that supply food and traditional medicines, resulting in local income. Honey, bee pollen, bee bread, propolis, royal jelly, beeswax, and bee venom have all been utilised for medicinal purposes in Egypt, Greece, and China since ancient times. Fresh bee’s honey is used to cure eye disorders, throat infections, bronchial asthma, TB, hiccups, thirst, dizziness, exhaustion, hepatitis, worm infestation, constipation, piles, dermatitis, wound healing, ulcers, and as a nutritious, readily digested diet for the elderly and infirm. It is used to boost mental wellness and for cosmetic purposes. Vomiting, diarrhoea, rheumatoid arthritis, obesity, diabetes mellitus, and the preservation of meat and fruits are all treated with old bee’s honey. Bee’s honey is widely used in cosmetics, including facial cleansers, skin moisturisers, hair conditioners, and the treatment of acne. Honey bee products, such as honey, bee pollen, propolis, royal jelly, beeswax, and bee venom, have long been used in folk medicine in all cultures. Anti-inflammatory, anti-bacterial, anti-fungal, anti-viral, and antioxidant properties have been discovered in these items. Natural honeybee products have also been proven to prevent tumour cell growth and metastasis, as well as trigger cancer cell apoptosis. Mineral elements are significant components of honey and play an important role in establishing its quality and authenticity. The goal of this study is to use chemometrics to systematically quantify the mineral profile of honeys, syrups, and contaminated honeys by syrup.These bioactive natural compounds could be beneficial in cancer treatment. Honeybee products have been used topically and internally as treatments for a range of ailments for hundreds of years around the world; however, clinical investigations are missing for the majority of uses. Honey and royal jelly both have antibacterial characteristics, and there’s some evidence that honey aids wound healing. There is a dearth of clinical data on the safety and efficacy of these products during pregnancy and breastfeeding. When eaten as food, honey is generally recognised as safe during pregnancy and breastfeeding. Honey has been used to treat wounds since the time of the Bible. Honey use has decreased as a result of widespread use of low-cost antibiotics, but as antibiotic-resistant infections such as methicillin-resistant Staphylococcus aureus have emerged, use has increased. Honey works in a variety of ways. It has an osmotic action as a hyper saturated sugar solution, and it also creates hydrogen peroxide, which has antibacterial properties. Finally, there are non-peroxide effects, such as Manuka honeys.